Don’t Get Hit By a Beer Truck: What Serious Founders Need to Consider

Don’t Get Hit By a Beer Truck: What Serious Founders Need to Consider

If there is one thing we can say for sure, it’s that life is unpredictable. No matter how much we try to control the outcome of our actions and the consequences of our choices, we are powerless to the unforeseen variables that can come out of nowhere. Sometimes these variables help create a positive result, other times, we’re left shaking our heads in disbelief. 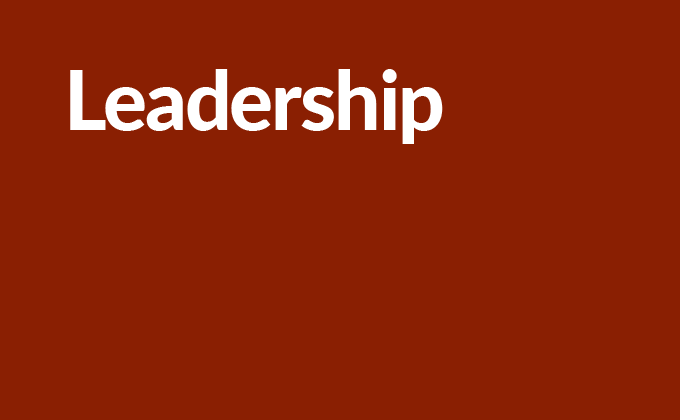 Though we would much rather shy away from those impending-doom-type thoughts, there are valuable lessons in those dark hypotheticals that can actually make us better leaders and build stronger teams and businesses.

Hope for the Best, Prepare for the Worst

Mark Suster, an entrepreneur turned VC, believes there should be no weak links in a team if founders hire and prepare for worse case scenarios. He tells the startups he works with to think about succession planning in the event “that somebody gets hit by a beer truck.” This is one way of thinking that can help you determine if you’ve built your business as a fortress, or a house of cards.

This idea came to him at a young age when a colleague told him that the only way to grow in business is to grow out of your role in order to move on to the next level. Not for the title or the pay raise, but for the chance to think and work towards a higher vision. To get to this level, a strong leader must figuratively vanish without causing so much as a ripple — this would be a testament to the strength of the team and processes that have been established.

That One Time The CEO “Disappeared”

At 15Five, my team did their own “beer truck” trial when I went offline for 10 days, just weeks before our launch. Perhaps it was morose, but it got them thinking and working as if I was actually, poof! Gone. Could we still run this company without someone at the helm of the ship?

Here’s what they had to say about the experiment:

“What we learned from that trial was invaluable to the team. For instance, it forced us to make decisions without waiting for the necessary approvals. We all knew what the goal was for our company and everyone stepped up to steer the 15Five ship towards those goals. We’d ask forgiveness if we had to, but there was no seeking permission.

What happened after ten days is that David came back to no major disasters but instead realized how capable his team is (ahem, if we do say so ourselves) and the areas where he could be more efficient. We, the team, also realized just how invaluable David is and learned to appreciate where his own true zone of genius lies.

We actually treated the scenario as if David died. Sounds morbid, we know –and we love our leader dearly — but it prompted some very deep understanding and planning for how the company would continue without our founding CEO.”

This trial highlighted what might happen if crucial responsibilities and decisions rely solely on management or a handful of executives. When all hands are needed on deck, can everyone on your team contribute in a productive manner or will they feel lost with no sense of direction? If you’re a CEO, maybe its time to take a quick ten-day sabbatical. See what happens.

As a founder, the idea of becoming irrelevant might seem like the opposite of what you’re trying to achieve with all those sleepless nights and anxiety-ridden days. You pour over every detail of your business because it feels good to get things done but sorry to break it to you, this kind of behavior will keep you small. And this doesn’t just apply to founders, every member of your team should work towards working themselves out of a job.

Hear us out. We’re not saying surrender your jobs to the robot lords. What we are saying is that if your job can be taken over by a robot, an automated system, a seamless process, software or a fresh new hire, then that’s really okay. It means you’ve worked smart, maxed out your capacity in your current role and can continue to move towards your zone of genius and your place of highest leverage.

If you’re a founder working in technology, does it really make sense to spend all your time coding alongside your engineering team? Of course it keeps you close to the action, but if you’re growing more essential in the trenches instead of redundant, you’re not helping yourself or empowering your team. Work yourself out of the development of product and up to the development of your business.

“The growth and development of people is the highest calling of leadership.”- Harvey Firestone

This quote reminds us that part of being a founder is finding the best people and guiding them to their best selves. Excuse the Oprah-ism. To do so, you must start with the key ingredient: trust. Trust is the glue that keeps everything together. When people preach transparency in business, what they are essentially saying is that to be as open and honest as possible there must be trust.

Trust is also essential when delegating. Delegating means not trying to do everything yourself and actually depending on the judgment and skills of others — which can sometimes be terrifying, especially when trust has not been established. When you spread core responsibilities to your team, you allow people the chance to think critically and find solutions instead of giving them menial tasks that undermine their personal and professional growth.

You have a more motivated and high-level thinking team. Now that metaphoric beer truck doesn’t seem as scary, does it?

Being prepared, working smart and building trust should be apart of every startup game plan. The worst case scenario may never happen, but through this process, the best case scenario becomes even more possible.