The following is an excerpt from HBS Professor Noam Wasserman’s new book, The Founder’s Dilemmas: Anticipating and Avoiding the Pitfalls That Can Sink a Startup. Noam is one of a rare breed of business academics: he studies entrepreneurship using a rigorous empirical approach. The book taps Noam’s analyses of data on 10,000 founders, plus the personal stories of Evan Williams of Twitter, Tim Westergren of Pandora, and two dozen other founders.

As an example of the kind of insight that this data makes possible, take a look at this diagram, which is one of my favorites in the whole book: 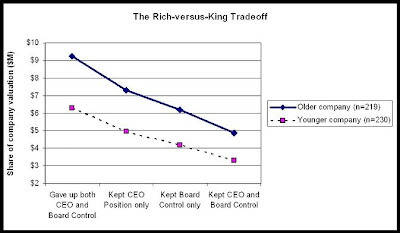 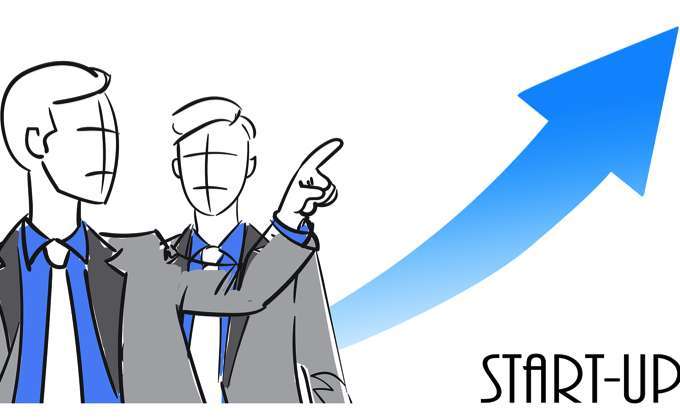 Noam calls this the Rich vs King tradeoff, and it’s a remarkable finding. On average, the founders who keep the most control over their company make the least amount of money. As with any data-based result, this raises more questions than it answers. For example, most entrepreneurs know that the most successful entrepreneurs – from Bill Gates to Jeff Bezos – kept tight control over their companies. We therefore seek to emulate their approach, to our own detriment, because we’re often emulating the wrong things. Having the real facts helps us ask better questions. We should be asking not “how much control did Bill Gates seek?” but rather “what else is exceptional about his decisions that allowed him to escape the more common fate?” If you’re interested in answering questions like this, read on.

I was lucky enough to get to read a version of the book when it was still in draft form. Now that the final version has come out, I’m excited to share a bit of it with you. At the time, I was asked to give an official endorsement of the book. Here’s what I said:

“If you’re starting a new company, you probably already know that a crazy variety of landmines await you. What if you had a map that showed exactly where they are and how to avoid them? Having seen these dilemmas derail countless startups, I wish every entrepreneur and prospective founder would read this book.” – Eric

The following is an exclusive excerpt which sets up a common pitfall regarding equity splits. In Noam’s dataset, 73% of founding teams split equity within a month of founding, a striking number given the big uncertainties early in the life of any startup. The majority of those teams set the equity in stone by failing to allow for future adjustments to equity stakes if there are major changes within the team or the startup.

To read the excerpt visit this link: http://www.startuplessonslearned.com/2012/04/founders-dilemmas-equity-splits.html​