By: Curt Mastio | via StartupAccountingAdvisors.com
——
Let me first preface this post by admitting that, by definition, I fall under the category of a millennial (I am pretty much smack dab in the middle of the age range for millennials).  With that established, what compelled me to write ‘Managing Millennials: Delegation vs. Empowerment’ is the fact that I feel I have a unique set of circumstances that qualify me to comment on the matter.  The unique experience I’m alluding to is the fact that I have been on both sides of the spectrum– I have both been managed and had the opportunity to manage those in my own demographic age set. 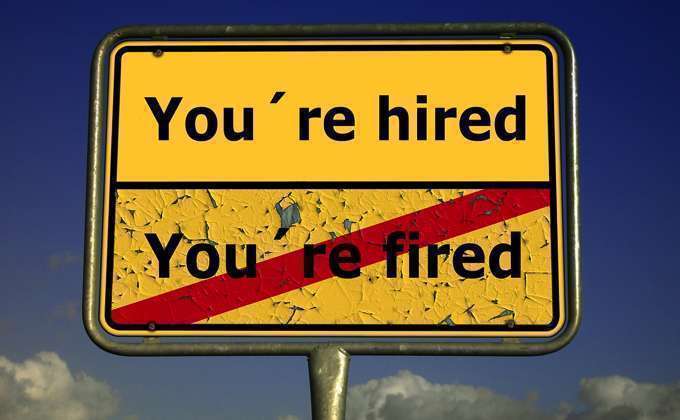 This is admittedly uncommon for someone of my age.  Very few people skip the middle management tier of the career ladder, but I was lucky enough to do it.  To clarify, I am not sharing this as an attempt to be boastful or saying that it makes me a definitive expert on on the subject, but rather I share it merely to offer credibility in my arguments.  I think it’s important for the audience to know I spent time on both ends of the management spectrum, from years of micromanagement at the hands of bad bosses to learning how to manage millennials who reject the notion of being managed altogether.  It’s a unique dichotomy, and one that is, in my opinion, grossly mishandled by most modern managers.  Despite this gross mishandling of management, I think the problem is correctable– with the right approach.  However, before we can outline the approach, let’s first define where the issue lies.

The words ‘entitled’ and ‘lazy’ are frequently associated with millennials, particularly from older generations.  This sentiment certainly has its merits, yes millennials, there are those among us who act entitled and are inherently lazy.  However, this could be said about any generation, and projecting the characteristics of a few onto a larger demographic as a whole is both unfair and inaccurate.  The feeling of laziness or entitlement that bosses derive from their millennial staff members is one that follows an outdated definition of the manager/employee relationship.  For years, management was expected to make all of the important decisions, and delegate them down to the staff level for them to carry out– and it worked.  It was a management style that had been around for years before those managers became managers, and it was the only thing the corporate world had ever known.  As a result, it was accepted for years, and it established the mantra of “that’s how it has always been done.”  It was accepted, and no one questioned it.

However, right around the time millennials were entering the workforce, something drastic happened– the internet and technology became so accessible and mainstream that it was now a cornerstone of most corporate cultures.  Millennials had grown up with this technology, and were very adept at it. This presented an interesting phenomenon where young workers who had grown up with technology and embraced it were now being managed by those who were trying to become adopters of this radical change.  For probably the first time in the corporate world, entry level employees possessed skills and technical expertise that were far beyond those of their managers.

This disparity caused friction between employees and managers, as employees were being delegated tasks to complete under outdated approaches that lacked forward thinking strategies centered around leveraging technology and innovation.  So what happened?  Millennials stopped playing the game.  Millennial employees began to reject the notion of completing things the way their managers asked for them to be done.  This led to the accusations of laziness and entitlement that are frequently thrown out there.  Yet, despite this change in approach to completing work, our economy prevailed.  New products were invented, corporations continued to grow, and corporate America continues to exist.  Why?  Because millennials produced the same end results, often in less time, with more unique and innovative approaches than their managers had originally delegated to them.  Managers may have been upset that their processes were challenged, but the end results collectively stayed the same.  However, there has been a recent shift that is causing top performing employees to gravitate away from organizations that remain rigid in their delegation management styles.  These top performers are now flocking towards innovative cultures and startup companies that embrace the new empowerment management style.  To illustrate what I mean by the delegation management style and empowerment management style, consider the following example that I share from my experiences.

I spent years working under one of the most rigid and delegation driven work environments possible in a consulting role at a major multi-national financial services firm.  I was approached by management daily and told to complete task X, Y and Z by completing steps 1, 2 and 3 and have them all done by some date in the future.  Sure– under most modern management approaches, that is not only acceptable, but it is the norm.  However, it fell under the management approach of delegation, not empowerment.  I was told to complete X, Y, and Z by doing steps 1, 2 and 3 and to have it done by some date in the future.  To a millennial, that was miserable.  I hated people telling me how to do something when I had potentially new and innovative approaches that could deliver a better work product with a shorter amount of effort.  However, I couldn’t challenge management, because it was taboo to ever not do what was delegated to you in the manner that the manager had delegated it in.  I felt trapped, creativity was stifled, and it started to breed animosity towards my managers.  The expectation was largely to ‘work for works sake’ rather than work towards results.  Sadly, I was far from the only one who felt this way and eventually, I couldn’t take it anymore.  So I left.  In doing so, I vowed that I would never allow myself to adapt the delegation style of management, but rather to always focus on the empowerment style.  But then, what is exactly is the ’empowerment’ style of management, and how does it differ?  To help understand this, I’ll share an example of how I managed those in my own demographic under this approach to achieve results that helped drive exponential growth, operational efficiency and employee happiness.

So how did I do this?  Simple– through the use of empowerment instead of delegation.  When I needed help from an employee, I approached them as follows:

“Hey, [insert employee name], we need X, Y and Z done because [insert reason here].  In the past, the way I’ve done it is by doing step 1, 2 and 3.  I really don’t care how you do it, I’m just providing that as guidance to help get you started if you’re not sure where to begin.  If you can think of a different manner than I suggested and it gets done in a way that it achieves the same end result, then I’m open to suggestions– what do you think?  Take a look at it and reach out to me if you have any questions or want my opinion on anything, otherwise we’ll go over it when you’re done.”

By approaching problems and tasks this way, the employee felt empowered to take ownership of the outcome of the project, as well as the steps taken to achieve that output.  The results?  Absolutely stellar.  I had employees teach me things that I had never even thought of, or that I didn’t even know existed.  Would this have been possible if I delegated tasks to them?  No– creativity would have been stifled and delegation would have won outright.  The corresponding results would have been decreased productivity and increased employee dissatisfaction.

Therefore, to truly embrace the empowerment style of management over the delegation style, managers need to have an open mind.  It’s OK for your millennial employees to challenge you.  In fact, you should encourage it.  Does this mean your millennial employees will always be right?  Absolutely not– and you should tell them when they aren’t and use it as a learning experience for them.  However, getting them to understand why their suggested approach won’t achieve the desired outcome is the most important part of executing this management style.  If you simply say, “no, we need to do it this way”– you’ve failed.  Approaches like that will only breed animosity and stifle innovation and process improvement.  As such, I urge all managers to understand and embrace the difference between the old age style of micromanagement (delegation) and implement the practices and strategies behind the empowerment style.  Doing so is pivotal in curating a work environment conducive to maximum happiness and resource efficiency.